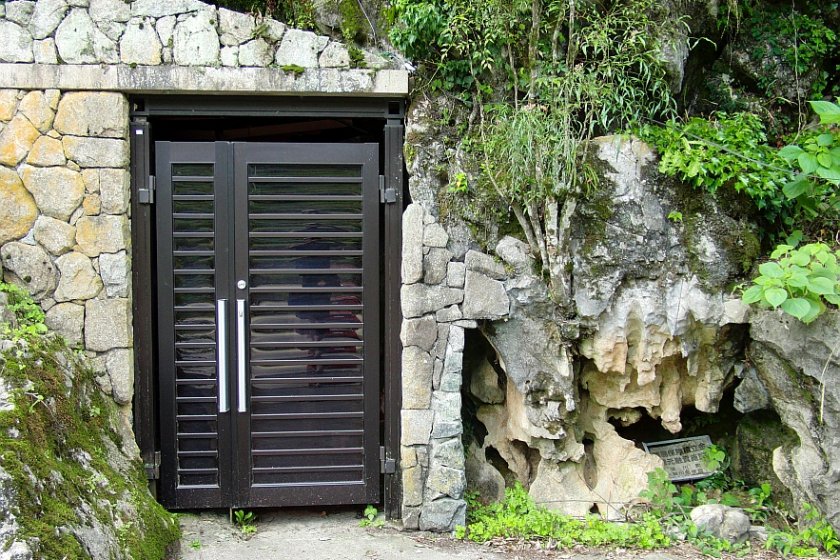 Meet bats and snakes in the slippery dark

If you take a turning off the main road in the sprawling village of Shirokawa, and head up over a hilltop pass and into another valley, you find yourself in a small hamlet with a car park next to a river. Nearby is a locked doorway into the hillside. If you cross a small bridge and call on the nearest white concrete house, the elderly lady will call a relative who arrives shortly in a car bearing a key. She opens the door in the hillside, clicks on a light switch, and ushers you into the cave, promising to return in about half an hour.

Step inside and it seems freezing cold. But strangely, even after the intense heat outside, the cold is not chilling and you get used to it quickly. A wet and slippery metal staircase goes up through a narrow tunnel that leads to a series of fantastic orifices in the rock. A flight of bats flies up to check you out. Extremely ugly baby bats can be seen clinging to the walls. I also saw a small snake on a rock near the pathway, and thereafter was very careful where I put my hands and feet.

The cave is alive with the sound of bats. You can hear their wings flapping, the sound getting quite loud as they approach your face. You can also hear them squeaking and clicking as they flit in and out of side passageways. They appear to respond to human clicks and whistles. The sound of water dripping and trickling echoes everywhere.

As with caves everywhere, there are numerous interestingly-shaped rock formations which have been given fanciful interpretations and labeled “Goddess”, “Stone Waterfall” and the like. However, there is one very large feature that tends to strike one for its resemblance to a vagina, but it has no label.

Known in Japanese as “Ana Kami Shōnyūdō” (穴神鍾乳洞) or God Hole Limestone Cave, this is one of Ehime’s hidden power spots. Spending time in the belly of the earth in close proximity to flying creatures is an exhilarating experience. If you fall to imagining that you may never get out again, it can bring on powerful claustrophobia. The cave describes a torturous route in a generally upwards direction towards another opening higher up the cliff that overlooks the river. There’s no wheelchair access here, nor is it suitable for those with bad backs who are unable to stoop at unaccustomed angles.

Once out of the cave, a short drive up the valley offers a fine view down stepped rice fields. As you make your way back towards broader civilization, it feels good to know about this secret hideaway of the gods in the hills of Shirokawa. 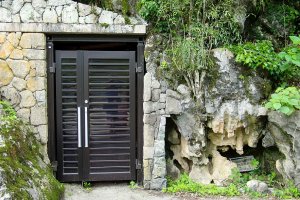 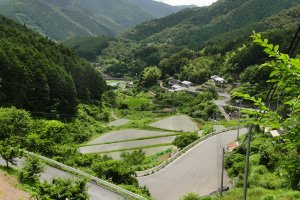 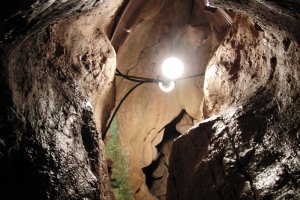